According to the North Carolina Department of Public Instruction (NCDPI) the graduation rate for high school seniors is the highest that it has been in the State’s history at 82% which is commendable but also leaves a rate of 18% who did not graduate. For the American Indian population the graduation rate was just under 74% and the lowest of all groups accept for those who have English as their second language. Those from low-income households graduated at a much lower rate than their counterparts with just over (25%) or one out of every four not graduating. Male students (78.6%) again graduated at a substantial lower rate than females (86.6%). What does all this mean? Simply this that for most of the young men growing up in the shadows of our Conference churches the chance of them obtaining a basic high school education is limited. The receiving of a High School Diploma in itself is a great accomplishment for most of them come from, single-parent homes, live in economically disadvantaged communities and are American Indian all issues that point to them failing. Recognizing this achievement Shoeheel Holiness Methodist church celebrated the High School graduation of Armando Milicia presenting him with four items that if used properly will allow him to be a success in life, the four items were a Holy Bible, a bottle of Anointing oil, a hymn book and a bible dictionary. 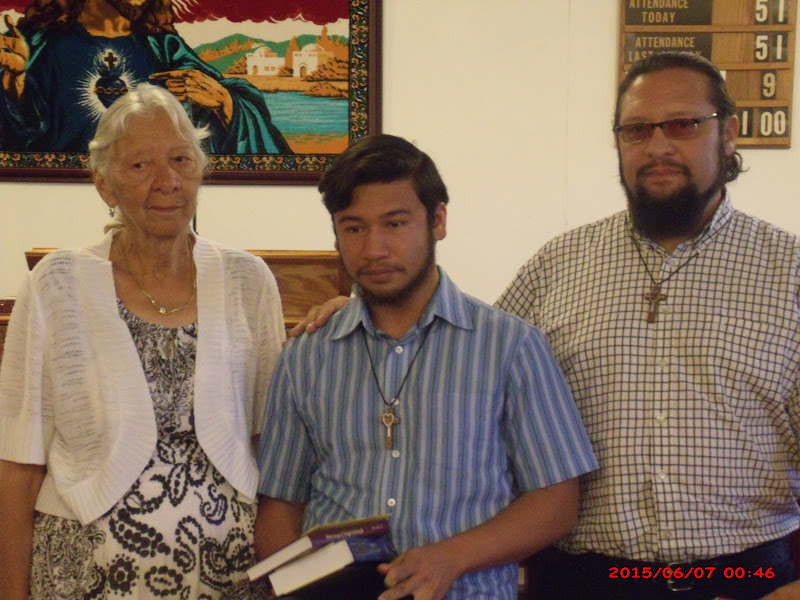