Get Back to the Will of God 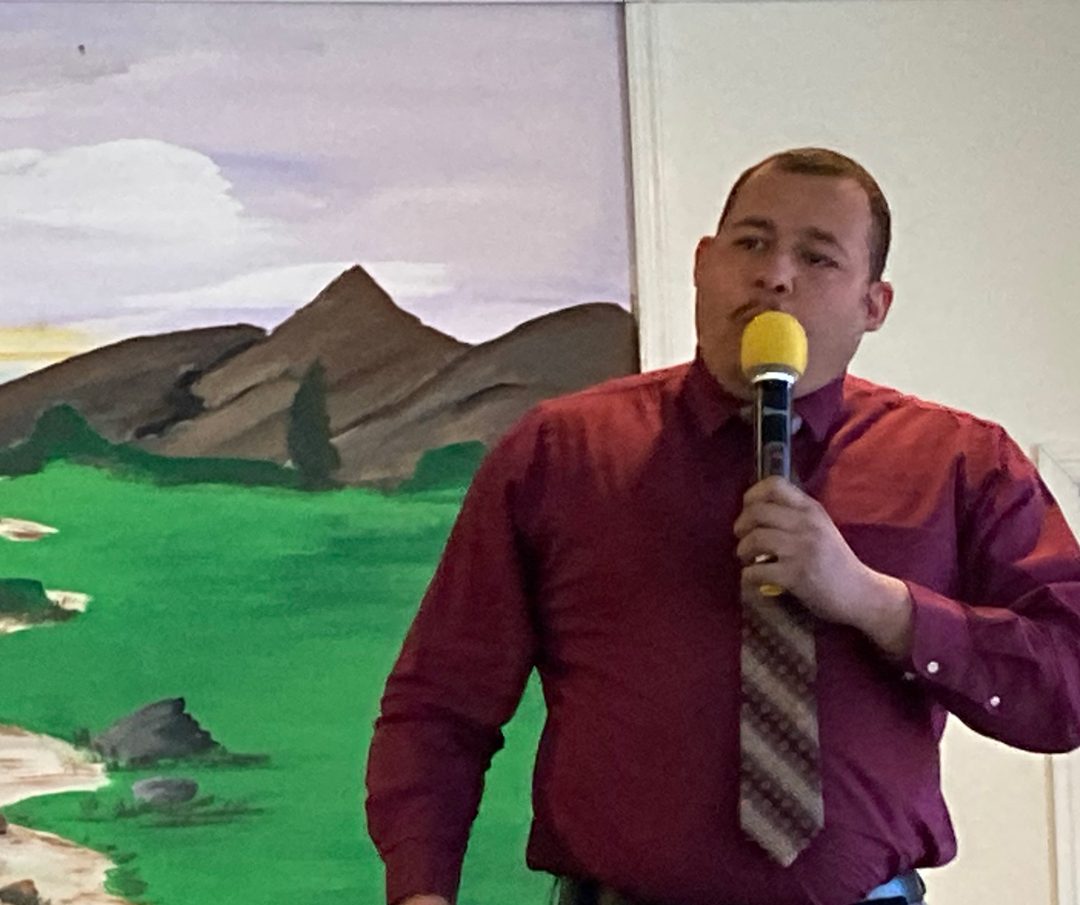 Today at Shoeheel the Reverend Josh Locklear reminded us how important it is to comply with God’s will. He pointed out that King Hezekiah didn’t accept God’s will in the announcement of his appointed death1 (Isaiah 38:1-5) but pleaded for mercy. God extended his life by 15 years which seemed good for Hezekiah but it was a disaster2 (2 Kings 21:1-18) for the Nation of Judah, namely because during that 15 years King Hezekiah had a son named Messneah who went on to become a wicked King and lead the nation away from God for over 50 years.

Preacher Josh pointed out that in our limited knowledge we may not like or understand God’s will but we should always accept and trust it, because God is omniscient/all-knowing. The second point he made was when we do comply with God’s will we set ourselves up to triumph with the Spirit of God by keeping in step with him. Life is much better surrendering to God’s will rather than resisting it.

1Isa 38:1-5  In those days was Hezekiah sick unto death. And Isaiah the prophet the son of Amoz came unto him, and said unto him, Thus saith the LORD, Set thine house in order: for thou shalt die, and not live.  (2)  Then Hezekiah turned his face toward the wall, and prayed unto the LORD,  (3)  And said, Remember now, O LORD, I beseech thee, how I have walked before thee in truth and with a perfect heart, and have done that which is good in thy sight. And Hezekiah wept sore.  (4)  Then came the word of the LORD to Isaiah, saying,  (5)  Go, and say to Hezekiah, Thus saith the LORD, the God of David thy father, I have heard thy prayer, I have seen thy tears: behold, I will add unto thy days fifteen years.

2 2 Kings 21:1-18 Manasseh was twelve years old when he began to reign, and reigned fifty and five years in Jerusalem. And his mother’s name was Hephzibah.  (2)  And he did that which was evil in the sight of the LORD, after the abominations of the heathen, whom the LORD cast out before the children of Israel.  (3)  For he built up again the high places which Hezekiah his father had destroyed; and he reared up altars for Baal, and made a grove, as did Ahab king of Israel; and worshipped all the host of heaven, and served them.  (4)  And he built altars in the house of the LORD, of which the LORD said, In Jerusalem will I put my name.  (5)  And he built altars for all the host of heaven in the two courts of the house of the LORD.  (6)  And he made his son pass through the fire, and observed times, and used enchantments, and dealt with familiar spirits and wizards: he wrought much wickedness in the sight of the LORD, to provoke him to anger.  (7)  And he set a graven image of the grove that he had made in the house, of which the LORD said to David, and to Solomon his son, In this house, and in Jerusalem, which I have chosen out of all tribes of Israel, will I put my name for ever:  (8)  Neither will I make the feet of Israel move any more out of the land which I gave their fathers; only if they will observe to do according to all that I have commanded them, and according to all the law that my servant Moses commanded them.  (9)  But they hearkened not: and Manasseh seduced them to do more evil than did the nations whom the LORD destroyed before the children of Israel.  (10)  And the LORD spake by his servants the prophets, saying,  (11)  Because Manasseh king of Judah hath done these abominations, and hath done wickedly above all that the Amorites did, which were before him, and hath made Judah also to sin with his idols:  (12)  Therefore thus saith the LORD God of Israel, Behold, I am bringing such evil upon Jerusalem and Judah, that whosoever heareth of it, both his ears shall tingle.  (13)  And I will stretch over Jerusalem the line of Samaria, and the plummet of the house of Ahab: and I will wipe Jerusalem as a man wipeth a dish, wiping it, and turning it upside down.  (14)  And I will forsake the remnant of mine inheritance, and deliver them into the hand of their enemies; and they shall become a prey and a spoil to all their enemies;  (15)  Because they have done that which was evil in my sight, and have provoked me to anger, since the day their fathers came forth out of Egypt, even unto this day.  (16)  Moreover Manasseh shed innocent blood very much, till he had filled Jerusalem from one end to another; beside his sin wherewith he made Judah to sin, in doing that which was evil in the sight of the LORD.  (17)  Now the rest of the acts of Manasseh, and all that he did, and his sin that he sinned, are they not written in the book of the chronicles of the kings of Judah?  (18)  And Manasseh slept with his fathers, and was buried in the garden of his own house, in the garden of Uzza: and Amon his son reigned in his stead.