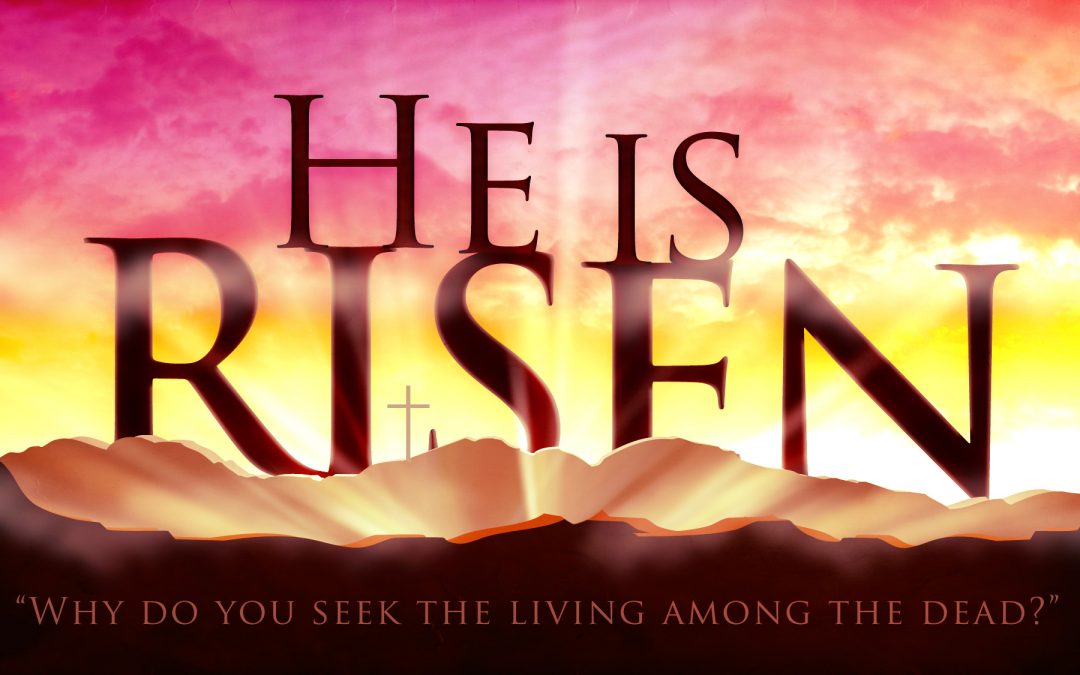 He Went To Cross, But Did Not Remain

Jesus Appears to Mary Magdalene and the Disciples
Mary stood at the sepulcher weeping: and as she wept, she stooped down, and looked in and saw two angels in white sitting, the one at the head, and the other at the feet, where the body of Jesus was. The Angels said, “Woman, why weep?” They have taken away my Lord, and I know not where they have laid him. Then she turned back, and saw Jesus standing, not knowing that it was Jesus. Jesus said, “Woman, why weep, whom do you seek?” Jesus said, “Mary, Touch me not; for I am not yet ascended to my Father: but go to my brethren, and say unto them, I ascend unto my Father, and your Father; and to my God, and your God. Mary Magdalene came and told the disciples that she had seen the Lord, and that he had spoken these things unto her.

Then the same day, being the first day of the week, when the doors were shut where the disciples were assembled for fear of the Jews, came Jesus and stood in the midst, and said unto them, “Peace be unto you.” And when Jesus spoke to them, He showed them his hands and his side. The disciples glad, when they saw the Lord. Then Jesus said, “Peace be unto you: as my Father hath sent me, even so send I you.” And when Jesus said these things, “Receive ye the Holy Ghost”.
Other Witnesses of Jesus Love: Just like Mary and the Disciples gave witness and testimony over two-thousand years ago about the love and blessing of Jesus Our Lord and Savior, so did dozens of members of our church gave the following witnesses. Please share in a few of them. There were many but, we share with you some sincere stories from the heart of our members:
“I had plans for my own life . . . . . . But God has a greater plan for me to have a relationship with Him.”
“Dear God, I want to take a minute not to ask for anything from you, But to simply say, Dear God, I want to take a minute and say “Thank-You For All I Have.”

“And, behold, two of them went that same day to a village called Emmaus, which was from Jerusalem about three furlongs. And they talked together of all these things which had happened. And it came to pass, that, while they communed
together and reasoned, Jesus himself drew near, and went with them. But their eyes were holden that they should not know him.

“And he said unto them, What manner of communications are these that ye have one to another, as ye walk, and are sad? And the one of them, whose name was Cleopas, answering said unto him, Art thou only a stranger in Jerusalem, and hast not known the things which are come to pass there in these days?

“And he said unto them, What things? And they said unto him, Concerning Jesus of Nazareth, which was a prophet mighty in deed and word before God and all the people: And how the chief priests and our rulers delivered him to be condemned to death, and have crucified him. But we trusted that it had been he which should have redeemed Israel: and beside all this, today is the third day since these things were done. Yea, and certain women also of our company made us astonished, which were early at the sepulchre, And when they found not his body, they came, saying, that they had also seen a vision of angels, which said that he was alive.”

“And certain of them which were with us went to the sepulchre, and found it even so as the women had said: but him they saw not. Then he said unto them, O fools, and slow of heart to believe all that the prophets have spoken: Ought not Christ to have suffered these things, and to enter into his glory?

“And beginning, at Moses and all the prophets, he expounded unto them in all the scriptures the things concerning himself. And they drew nigh unto the village, whither they went: and he made as though he would have gone further. But they constrained him, saying, Abide with us: for it is toward evening, and the day is far spent. And he went in to tarry with them. And it came to pass, as he sat at meat with them, he took bread, and blessed it, and brake, and gave to them. And their eyes were opened, and they knew him; and he vanished out of their sight. And they said one to another, Did not our heart burn within us, while he talked with us by the way, and while he opened to us the scriptures?”

In our Revival Meetings this story was told so well by Rev. Jeff Barton on Thursday Night. “I has never heard it preached like this before what a wonderful message given by Rev. Barton, “Are You the One” No!, I not the One, But I saw Him Perform Miracles, Heal the Blind, Raise the Dead, Calm the Sea, Cause Man to Walk on Water, and Yes! I held Him in my hands. The Son of God!”

Many perceived Jesus wrong from the beginning. They had thought Jesus, the Savior of the World reign would be political. That He would set-up His Kingdom on this Earth and we would decide if this was the true God. But, their vision of Jesus and His Kingdom was too small. Man’s thinking cannot compare to God, Our Devine Savior. They thought only Israel would be blessed, and that Jesus would take Jerusalem back from the Romans and rule in David’s stead. They had never seen Jesus as The Son of God who would redeem the whole world. They had known Jesus on the surface, but had never really seen Him nor known Him as the Son of God – Our Risen Savior.

An invitational call was given at the closing of this message. 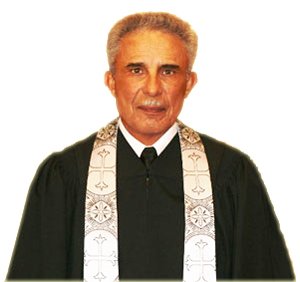