Cherokee: The God Of The Ages 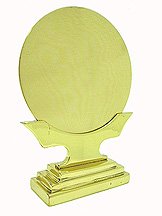 FROM THE DESK OF THE PASTOR

{xtypo_dropcap}M{/xtypo_dropcap}ankind has always been fascinated by the reflection of themselves whether from the surface of a still pool of water or upon the smooth surface of some mirror like metal.  In fact ancient people often times made mirrors from bronze, and the bronze of Cornith was especially famous as the best bronze of the ancient Mediterranean world.  Some Corinthian bronze had even been imported to Jerusalem for use in the temple.  Nevertheless, the best of ancient mirrors provided only an imperfect reflection, leading some philosophers to use the analogy of an imperfect mirror to depict mortals’ imperfect attempts to understand the deity of God.  1st Corinthians 13:11&12 says,  “When I was a child, I spoke as a child, I understood as a child, I thought as a child; but when I became a man, I put away childish things.  For now we see in a mirror, dimly, but then face to face.  Now I know in part, but then I shall know just as I also am known.”  Paul anticipated this future age when he would know God directly, and his expectation influenced his ideas about spiritual gifts.  The gifts which the Corinthians valued so highly were only for this life, and in the future age there would be no more need for the gift of prophecies, tongues, or knowledge.  The reflection of the dim mirror would become a face-to-face view of The God Of The Ages.

The God Of The Ages