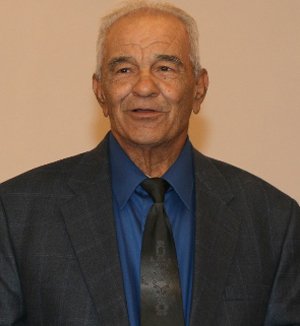 Viewing and Family from 7-8pm

The Reverend Malcolm Jones age 75 of 2817 Mt. Zion Church Rd, Red Springs was born on July 22, 1942 to the late Mr. Allen Jones and the late Dora Locklear Jones in Robeson County, North Carolina. He departed this life to enter into his heavenly home on September 05, 2017 at his home surrounded by his family whom he loved. He was preceded in death along with his parents, one baby boy, one daughter, Deborah Jones, four brothers, Allen Jones Jr, Carl Fred Jones, Edward Jones, and Earl Jones, two sisters, Tonya Groves and Annie Groves.

Mr. Malcon was employed at Capital Manufacturing Company for four years, Employed at LOF manufacturing plant for 7 years and retired from WestPointe Steven’s Plant on June 30, 1997 after 21 years of service. He was a minister with the Lumber River Holiness Methodist Church Conference for 30 years. He didn’t like to lose a battle and he has fought this battle with cancer, he kept the faith and he has victoriously won this battle.