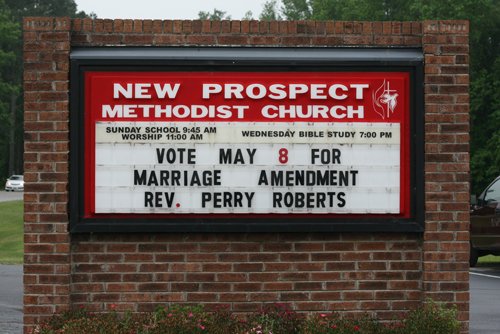 {xtypo_dropcap}M{/xtypo_dropcap}ost people understand that there is strength in numbers that it is easier to get a job done when there are more individuals sharing the responsibility for completing the task at hand. This attitude can be clearly seen on the issue of support for the “Marriage Protection Amendment” to the North Carolina State Constitution as local churches of the Lumber River Conference of the Holiness Methodist Church utilized their signage to encourage church members and the public to exercise their right to go out and vote. At the same time church leaders were also busy educating their members on the ballot language and reaffirmed the biblical stance of “Marriage” as being between one man and one woman.

While it is clear that many leaders in the Democratic party oppose the measure President Barak Obama, Governor Beverly Purdue and Attorney General Roy Cooper being just a few who have come out publicly calling for the amendment to be defeated. Also, State and National groups like the National Association for the Advancement of Colored People (NAACP) and others have weighed in on the issue. The biggest concern for born-again believers are the numbers of “churches” who oppose the passing of the measure and believe that it is a matter of fairness to gay and lesbian couples. The true CHURCH must stand to remind humanity that although we may choose to disobey Biblical Law we never possess the “right” to commit “sin” yet God has retained the right throughout the scriptures to condemn it. 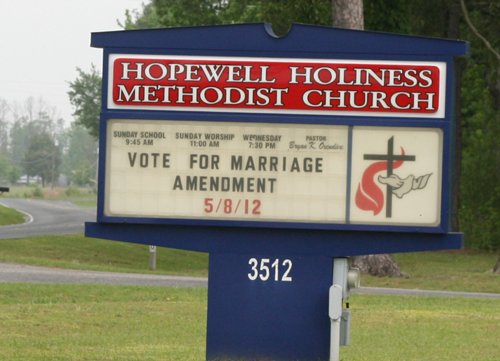 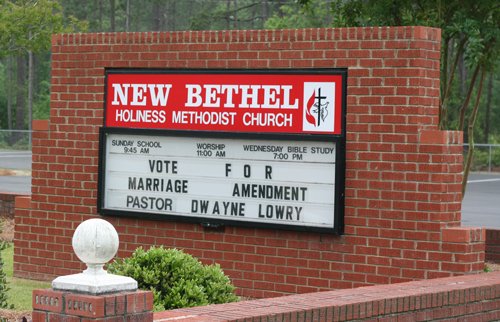 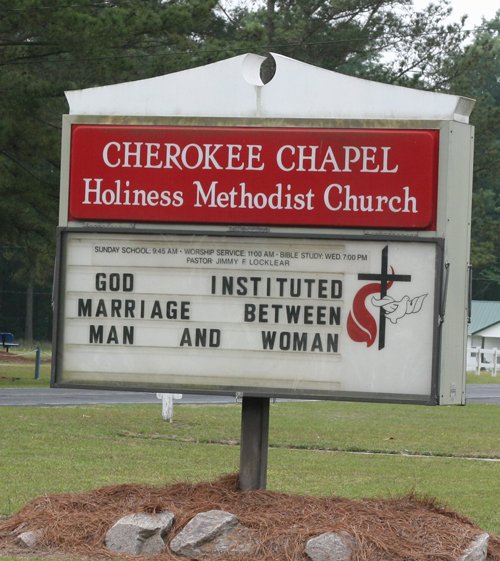 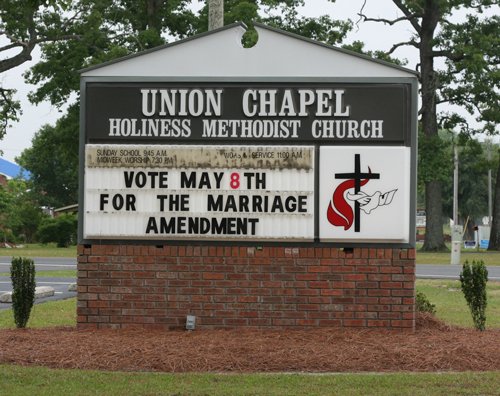