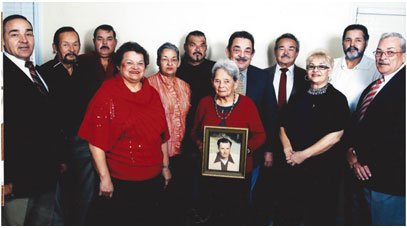 Worship Service
Open Song: “Rock of Ages”
“Augustus Toplay” – wrote one of the world’s best hymns while sheltered from a violent thunderstorm.  He had been traveling along the road near some cliffs when  a violent storm struck and he dashed into a cave for shelter.  He had been fortunate to find this hiding place so quickly to use as protection and safety.  Waiting for the storm to pass he began to deliberate on the idea of the “Rock of Faith” – then the song as we know it today.

Love Feast was rendered to the congregation.

Adult Chorus – “What a day that will be”, and “Above All”. These songs were witnesses to the audience why God’s goodness chose to take sinners and make them anew.

A Summary Of Message:

Summary of Rev. Jimmy F. Locklear  – “Protecting Your Shout”
Reading from Psalms 132:9 – “Let thy priests be clothed with righteousness; and let thy saints shout for joy.” Rev. Locklear reveals the story of Samson’s life and how some are deceived by unwise decisions that are outside of God’s plan.

The Nazarite vow had placed Samson in the hands of the Lord.  Everything that happened to him was parts of God’s plan.  Rev. Jim continued his message taken from Judges 14:1.  Samson should have learned that with God his shout salvation was protected, but he did not heed the call of God – he did not listen.  “He did not protect his shout.” How to protect your shout? Stay strong in Jesus, and away from the sins of this world.

Samson and his parents were confronted by a lion. The spirit of the Lord fills Samson and strengthened him that he killed the lion with his bare hands.  His strength was made possible by God.  After arriving at Timmath, he saw a  women, the daughter of a Philistine.  Failing to listen to warnings,  he took the Philistine women as his wife.  Again, Samson failed to protect his shout.  How to  “Protect Your Shout,” avoid the weights of this world and the sins of this life.  He failed the people with unwise decisions putting himself outside of God’s Plan.  With the enemy within his household, Samson’s wife began to feed secret information back to the Philistine.

We can quickly see that Samson’s trust was placed in the wrong hands. He reveals over and over again secrets that began to change his life.  The enemy kept winning the challenges (riddles) that Samson place before them. Breaking the ropes that the Philistines had place upon him was no challenge for Samson.  Shaking himself, “He Had His Shout”, and the spirit of the Lord came mightily upon him because the Lord was with him.   We must never forget the Lord has sent him to deliver the Israelites out of the hands of the Philistines.  After several pleads, Samson’s wife again challenged him for his most precious secret – wherein lies your strength.  His hair was a secret that God had placed only to Samson and that was where his strength lies.

And she made him sleep . . . .and she called for a man, and he caused
him to shave off the seven locks of his head; and she began to afflict him
and his strength went from him.  And He awoke out of his sleep, and said,
I will go out as at other times before, and shake myself. And he wist not
that the Lord was department from him. . . . And Samson took hold of the
two middle pillars upon which the house . . . and the house fell upon the
lords, and all the people that were therein…. And they buried Samson . . .

Rev. Jim final words were, “God still here growing your hearts as you, “Protect Your Shout”, and avoid the enemies of this world.

In honor of Rev. and Mrs. Pete Locklear’s Family