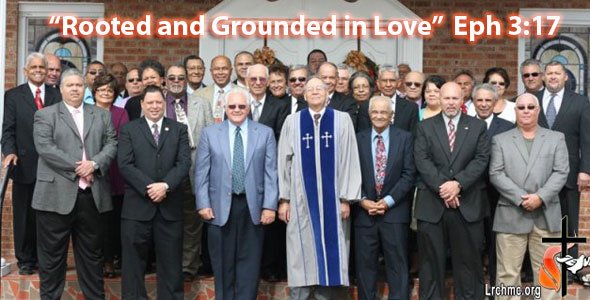 {xtypo_dropcap}R{/xtypo_dropcap}aeford-The Lumber River Conference of the Holiness Methodist Church held its Annual Conference November 11-13 at Macedonia Holiness Methodist Church. The Host pastor the Reverend Robin Hammonds was the morning worship leader the morning keynote speaker was the Reverend Elton B Hunt, Superintendent of the Conference. He took his text from I Kings 11:11 titled “Worldly Compromise leads to Deadly Landmines”. During his address he emphasized the need for the church to stand true to its mission of preaching the Gospel of Jesus Christ without fear of reprisal or persecution.

Raeford- The Lumber River Conference of the Holiness Methodist Church during its Annual meeting being held at Macedonia Holiness Methodist Church celebrated a great event in the life of the Conference. When during the first day’s afternoon session an Ordination Service was conducted to Ordain the Reverend Scott Hammonds (deacon) and the Reverends Malcolm Jones, William Perry Roberts and William Tom Morgan as Elders. For the Ordination Sermon the program committee chose the Reverend Robin Hammonds who did not disappoint and challenged all of the clergy (new and old) to remember their call and the purpose for which they were Ordained-namely to proclaim the Word of God. 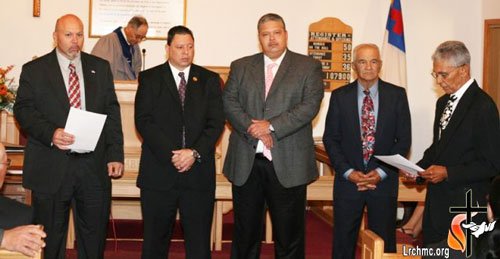 Raeford-Macedonia Holiness Methodist Church played host to the 111th session of the Lumber River Conference of the Holiness Methodist Church and an excellent host they were. There were no refreshments for the morning session because as has been a long-standing tradition with in the Conference whenever there are candidates for Ordination there is a 24 hour fast, but during lunch which was catered there was plenty to eat and a lot of great Fellowship. On the second day of  Conference  the church pulled out all of the stops and set up a table worthy of royalty it was covered with everything from home cooked vegetables to homemade cakes, pies and of course genuine southern-style banana puddings. The church should be proud of the effort that they put forth and without all of their hard work,  it would not have been such a success.

{xtypo_rounded1}Raeford- Presiding Bishop James H Woods and the Conference Cabinet met on Friday and Saturday of conference to discuss pastoral appointments and decided that there would be no pastoral changes this year. The pastoral assignments remain as follows: