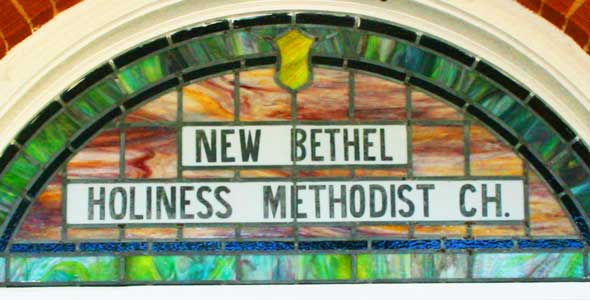 {xtypo_dropcap}F{/xtypo_dropcap}airmont- Being relatively new to the Lumber River Conference of the Holiness Methodist Church if six years can be considered new. I have often wondered why there were so many preachers from outside the LRCHMC being invited to preach in our churches and during our times of revival. Since my appointment to NBHMC I have made an extra effort to get as many of the Certified LRCHMC preachers here to speak.  I have heard it said by some that “our” people didn’t want to hear our conference preachers. The implication is that our conference speakers are some how inferior to those from other denominations or that there does not exist individuals within our conference who can teach up to the level of those from other organizations.

As stated earlier we have worked hard to get as many speakers from our conference down here to preach and I must admit that I have been amazed at the wonderful response they have received. I was also shocked to discover that some of these men have been a part of the LRCHMC for many years and that this was their first time being invited to preach. While we have not been able to get all of our Conference speakers here this year our goal is to get the remaining ones here to preach as soon as possible. We owe it these men to support them in their work for the Kingdom of God and we owe it to our local churches to give them the opportunity to hear our speakers. So that when the clergy list of possible candidates is sent out during our recommendation for the pastor selection process, they can at least know whom the people are that they are choosing from.

Now on to the point during our revival services, which took place October 09-14, 2011, we had some of the best sermons delivered at our church as one could wished to have heard. Pastors Neal Locklear (Shoeheel) and Robin Hammonds (Macedonia) gave some deep, informative and challenging messages to the congregation all six nights that we believe will bear fruit for seasons to come. We would like to thank these men and their families who came and supported them. We would also like to thank all of the musical groups who shared with us in worship.