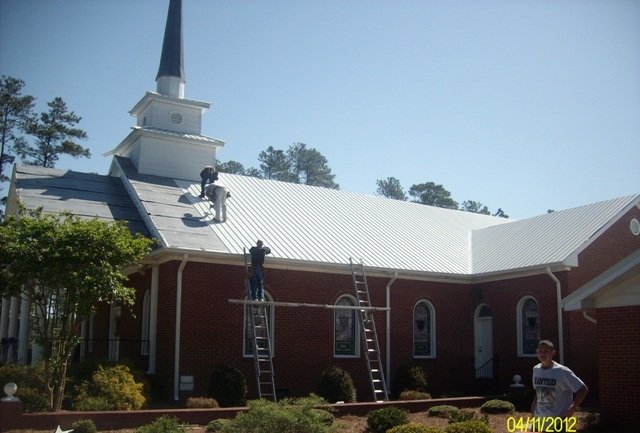 {xtypo_dropcap}F{/xtypo_dropcap}airmont- Upon arrival at New Bethel Holiness Methodist Church in November of 2010 Mr. Roy Spaulding a member of the Official Board serving in the capacity of a Trustee, pointed up to the shingled roof of the church and stated that the church needed a new roof. At the same time the church was in the middle of a capital funds campaign raising funds for paving the parking lot. For some it was pave or else and the roof was placed on the back burner for the time being. Still brother Roy was always reminding the Official Board, Pastor, Congregation and anyone else that would listen that the roof was going to start leaking soon and that something needed to happen and right away.

Having just spent some fifty to sixty thousand dollars completing the parking lot project the question would be how long it would be before the next phase of construction could begin. Most felt that if the roof could wait until the fall the church would be in good shape to install a new roof. After sharing the need for a roof with the congregation the decision was made to move forward. While some suggested borrowing the money from the Conference which was commendable but to the congregations credit the decision was made to step out in faith and get the job done. Under the leadership of the Official Board and direction of the Board of Trustees the vision of a new roof was presented to the congregation and this week that vision was realized when a brand new metal roof was installed over the entire church building.

A special thank you to, Mr. Roy Spaulding, for pushing us to keep up God’s house and not be like those of the Old Testament who put new roofs on their houses and left a hole in His, also our thanks to our other trustees, Jerry Hunt and Tommy Lewis, for all of their hard work during this project. But most of all “Praise be to God for great things He hath done. 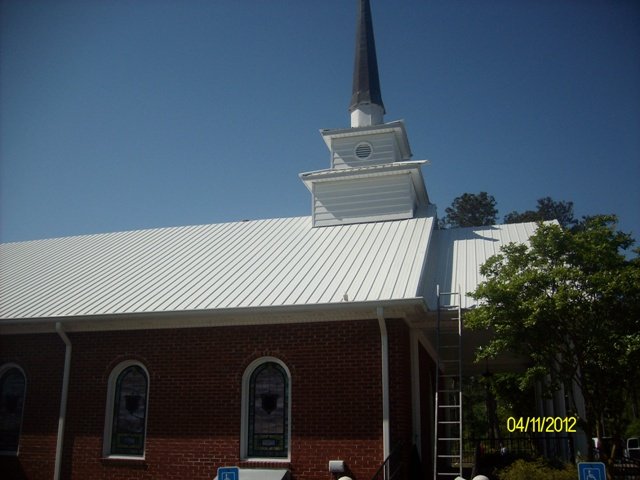