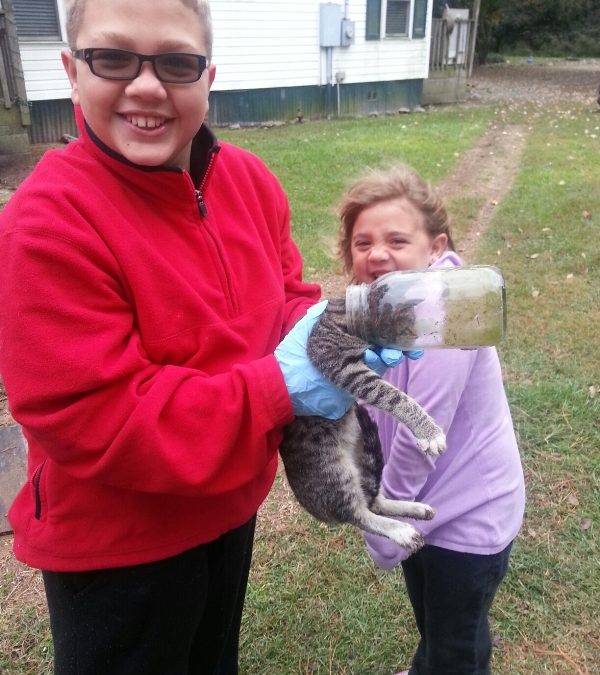 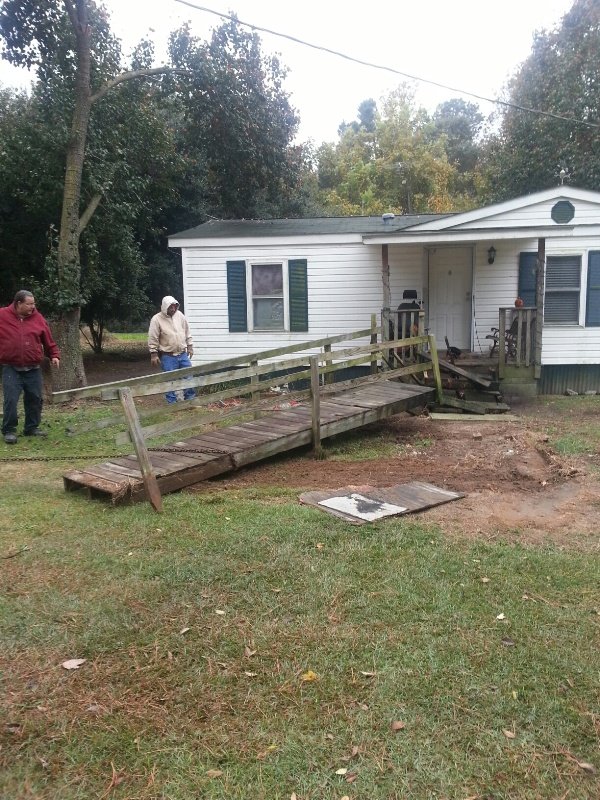 Maxton, Nov 1st 2014- When doing mission work you never know what you will find which often makes the task all the more fun. This was the case when members of Shoeheel and New Bethel Holiness Methodist Churches and volunteers from Cyna’s 3E a local non-profit arrived at the home of J.C. and Susie Clark in Scotland County early this morning. The weather was cold and windy with sporadic rain most people would have cancelled but we have built twenty ramps in the past few years and have found that God always allows us to get the job done. Pictured above on the left is one of those unexpected tasks that you find Nick and Shania found a small cat with his head stuck in a jar, don’t know what he was after but the jar was empty except for his head, cats! After freeing the cat from the jar he was fine and released to go back to doing whatever it is that cat’s do. The rescue mission now over the group once again turned its attention to the task at hand replacing an old ramp that was long overdue. Sometimes in mission work it is much better to use brain power over brute force, but never under-estimate the convenience of brute force as Jesse Locklear and Roman Lowry used his four-wheel drive truck to remove the old ramp making the path clear for the construction of a new one. As the job neared completion the weather grew increasingly colder and windier but everyone was warm inside as they reflected on a another job well done. 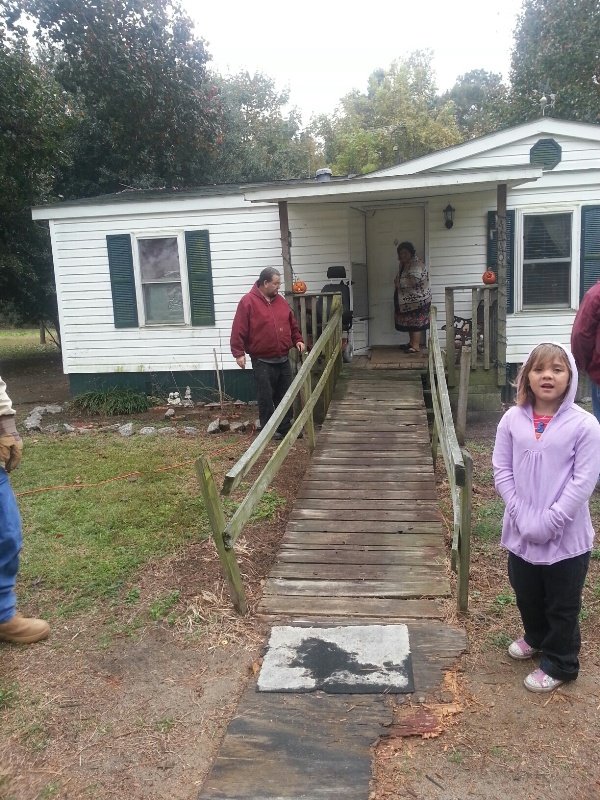 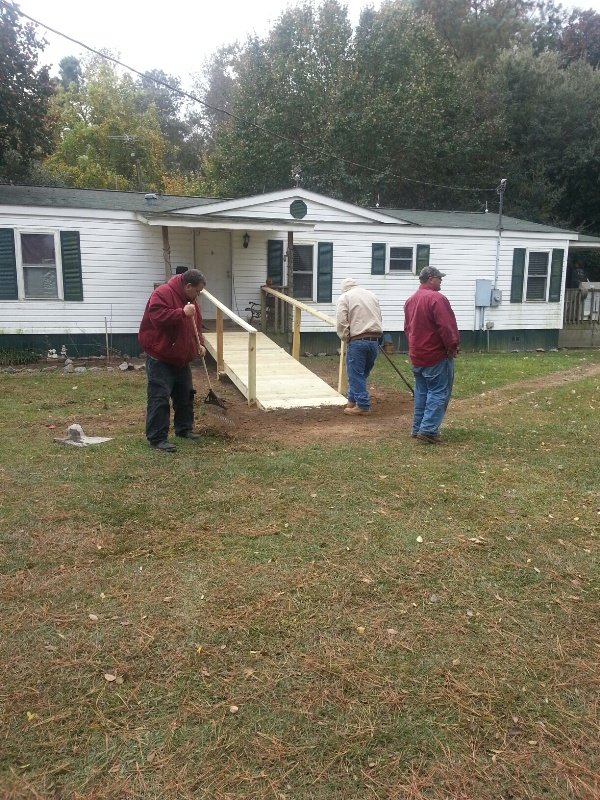 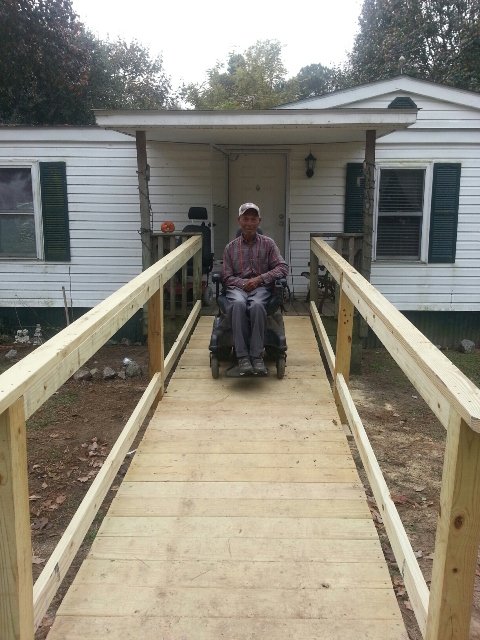