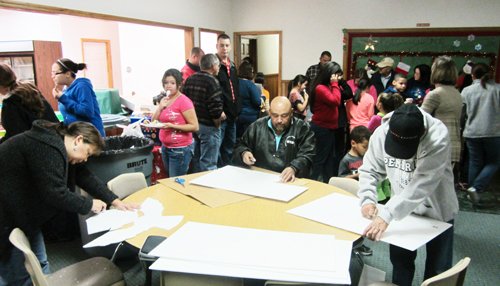 On an unusually windy and cold Friday morning, December 21, 2012 at 9:38 am the members of Union Chapel Holiness Methodist Church as well as other Churhes in the LRCHMC answered the call of the Connecticut Governor, Dannel Malloy to set aside a moment of silence to commemorate the one week anniversary of the Sandy Hook Elementary School tragedy by ringing the church bell 26 times.

Many church members both young and old generously offered their time this past week to prepare and erect a special memorial of angels surrounding the church marquee to honor the lives that were lost last week. 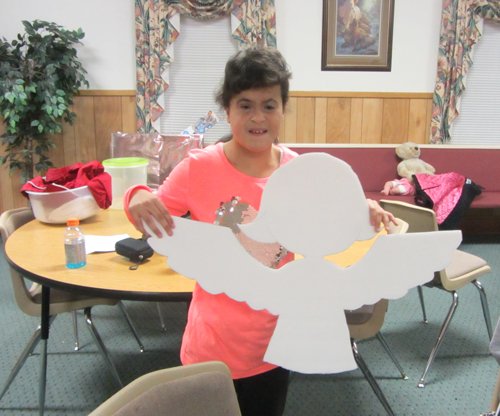 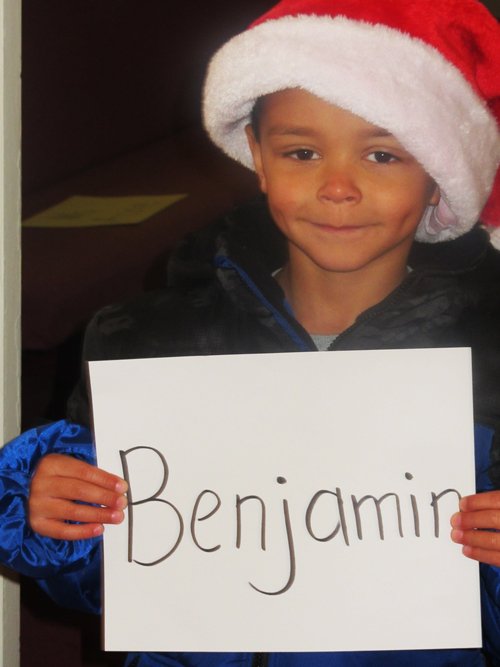 Children and adults volunteered to carry a sign depicting the names of those lost in this senseless act of violence. Brother Gene Deese led an inspiring prayer to open the service. State Trooper, Travis Locklear assisted the bell ringing ceremony and Sister Tracy Locklear read a poem. A young prayer warrior, Brother Nick Oxendine, Purnell Swett High School ROTC recruit dressed in his uniform and closed the service with a heart wrenching prayer for the families and survivors, asking God to supply them with the strength and courage to go on without their loved ones, knowing as they accept Jesus, they will one day be reunited with them in heaven. That is the great hope that we all have as Christians! 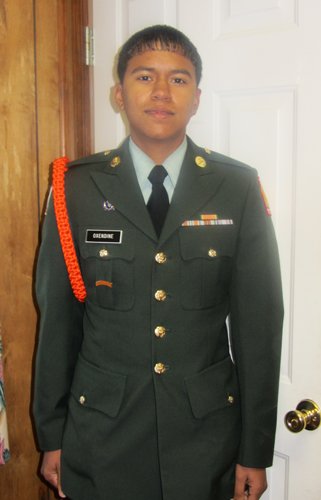 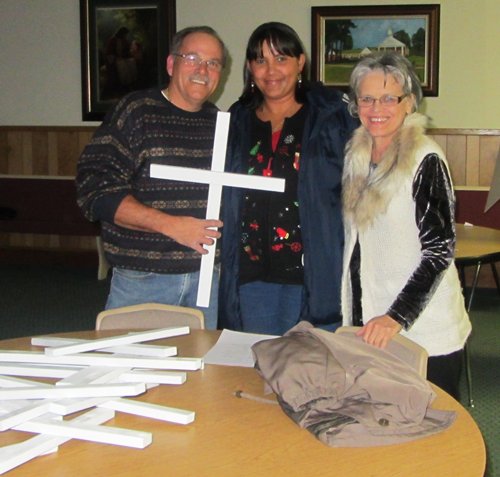 All of this was inspired by Mrs. Diane who was awaken from her sleep with this program on her mind. She rallied everyone as she always does, pulling the best out of each of us! She is an epitome of a Christian Saint and we are truly blessed to have her in our lives and as a devoted member of our church! 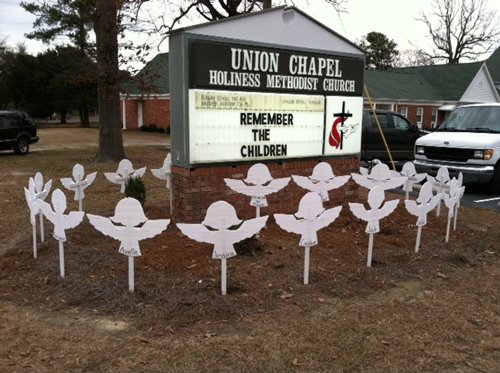 The following is the poem that Union Chapel Elementary School Kindergarten Teacher, Mrs. Tracy Locklear shared during the memorial service on behalf of those who lost their lives at Sandy Hook School.

Twas’ 11 days before Christmas, around 9:38
when 20 beautiful children stormed through heaven’s gate.
Their smiles were contagious, their laughter filled the air.
They could hardly believe all the beauty they saw there.
They were filled with such joy, they didn’t know what to say.
They remembered nothing of what had happened earlier that day.
“Where are we?” asked a little girl, as quiet as a mouse.
“This is heaven.” declared a small boy. “we’re spending Christmas at God’s house.”
When what to their wondering eyes did appear,
but Jesus, their savior, the children gathered near.
He looked at them and smiled, and they smiled just the same.
Then He opened His arms and He called them by name.
and in that moment was joy, that only heaven can bring
Those children all flew into the arms of their King
and as they lingered in the warmth of His embrace,
one small girl turned and looked at Jesus’ face.
and as if He could read all the questions she had
He gently whispered to her, “I’ll take care of mom and dad.”
Then He looked down on earth, the world far below
He saw all of the hurt, the sorrow, and woe
then He closed His eyes and He outstretched His hand,
“Let My power and presence re-enter this land!”
“May this country be delivered from the hands of fools”
“I’m taking back my nation. I’m taking back my schools!”
Then He and the children stood up without a sound.
“Come now my children, let me show you around.”
Excitement filled the space, some skipped and some ran.
All displaying enthusiasm that only a small child can.
And I heard Him proclaim as He walked out of sight,
“In the midst of this darkness, I AM STILL THE LIGHT.”