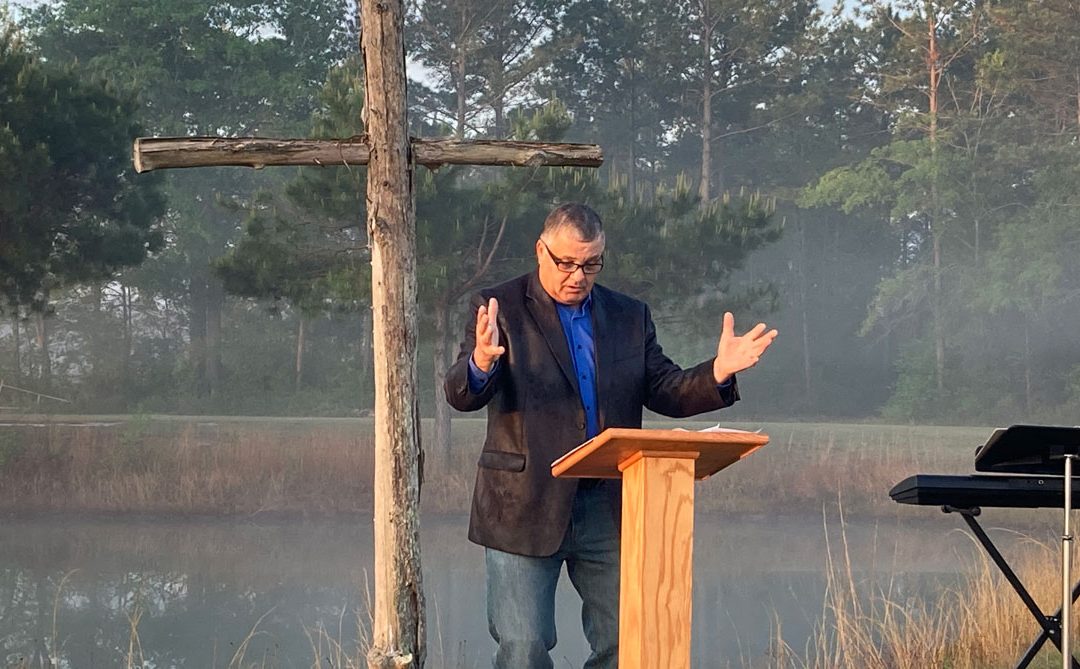 It was a blessing to worship together early Resurrection morning around the pond of Brother Glenn and Sister Colettes’ residence. Brother Mitch Harris reflected on all that Jesus had done for us. He reminded us how so many were for Jesus as he rode the donkey into Jerusalem but soon after many turned against him. He asked us the question, “Will you also turn away from Jesus?” Our hearts were stirred with the powerful message.

Later that day Pastor Dwayne Lowry laid out how the transgender movement is coming after our children. He equipped us to defend the Christian position against such evils. God made only two genders, male, and the other female. We are one or the other based on our biology.

Mark 10:6  But from the beginning of the creation God made them male and female.