“The Lumber River Conference of the Holiness Methodist Church: An Introduction” 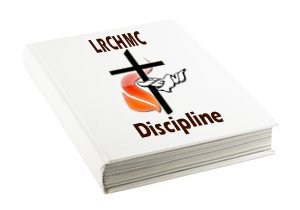 Fairmont-On March 6th, 2011 36 members of New Bethel Holiness Methodist Church completed a course of study class titled “The Lumber River Conference of the Holiness Methodist Church: An Introduction” taught by Dwayne Lowry. The course included 13 hours of class contact and was spread over five Sunday evening sessions which began on February the sixth. The course covered church history, development, structure, doctrine, and discipline. In the process, many long time members expressed that there was a great deal about their local church and the Conference that they were not aware of. Special emphasis was placed on the general rules and orders of our church and the role and responsibilities we have as members of the local Body of Christ.  The class also served to fulfill the requirement for church membership called for by the Book of Discipline (BOD) that the pastor and class leaders make certain that all new members to be admitted to the church first be instructed on the BOD.